Part 5 includes a central photogravure supplement illustrating the article on The Nile Under Control.

The cover shows the Battersea Power Station illuminated at night. 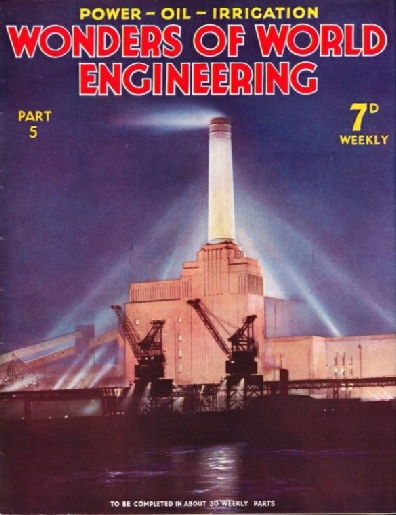 The story of the Lapland Iron Ore railway, concluded from part 4.

The Story of Oil

Vast organizations, which make use of all the resources of engineering and science, have been built up to extract oil from the depths of the earth and to convert it for its many uses. Oil plays, and is going to play, a vital part in modern civilization. The control of the world’s oil supplies may easily change the course of history. Meanwhile the engineer in the oilfields does his work.

The mechanical excavator digs canals and pipe trenches, tears out clay or gravel, smooths away hills and fills in valleys so as to level roads, or perhaps mines such materials as ironstone. The giant modern excavator described in this article is one of a number engaged in mining operations in various parts of Great Britain. This is the second article in the series Modern Engineering Practice.

The Nile Under Control

The flood waters of the River Nile regularly irrigate the parched lands through which the great river flows on its long descent to the Mediterranean. Having built enormous barrages, engineers have now solved the ancient problem of controlling these waters. The Nile has provided us with one of the greatest triumphs of irrigation. To make full use of the annual flooding of the Nile engineers built an elaborate system of dams and barrages, some of them - such as the Aswan Dam - being amongst the most famous engineering feats in the world. This is the third article in the series Triumphs of Irrigation.

The Nile Under Control (photogravure supplement)

The Nile Under Control: Photogravure Supplement

THE PROBLEM OF A WATER SUPPLY in the Sudan is met in a variety of ways. In addition to building barrages across the Blue Nile near Sennar and across the White Nile at Gebel Aulia, the Anglo-Egyptian Government has sunk numerous wells. The photograph shows a well and a pipe line trench at Khor-ar-Baat, near Port Sudan, on the Red Sea. The two wells which have been sunk have a yield of 3,000,000 gallons above present-day requirements.

Part of the Lock System at Aswan

PART OF THE LOCK SYSTEM at the Aswan Dam.  Men are working on Gate No. 2 and are preparing to lay the invert in the lock floor. There were four locks, and each was 263 feet long. The lock gates, of the Stoney type, were suspended from rollers by which they could be run into recesses at the sides of the lock.

The invention of the Bessemer process for converting cast iron into steel had a revolutionizing effect on engineering. A man of imagination and great versatility, Bessemer applied himself successfully to many branches of science and engineering. It must be an unusual distinction for a British engineer to have his name given to several towns in the United States, yet the name of Sir Henry Bessemer is thus perpetuated. This is the first article in a series on Makers of Engineering History.

Electric power for the many purposes of a modern city is generated in the enormous power station at Battersea, London. The power station is one of the most advanced of the great generating centres now in the service of the electrical engineer. The great power station at Battersea has become one of the landmarks of London. Designed by Sir Giles Gilbert Scott, Battersea Power Station, whether seen by day - when the tall, severely-designed chimneys dominate the river - or by night when the station is floodlighted, is among the finest of the many fine buildings that have been built on the banks of the Thames in recent years. This chapter is concluded in part 6.

At Work on the Second Rebuilding of the Aswan Dam

AT WORK ON THE SECOND REBUILDING of the Aswan Dam. The original work on the dam lasted from February 1899 to June 1902, when the contractors finished the masonry work, about a year ahead of schedule. On December 10, 1902, the dam was formerly declared complete. The ever-increasing demand for more water in Egypt caused the Irrigation Department to enlarge the dam in 1902-7 and again in 1929-33. 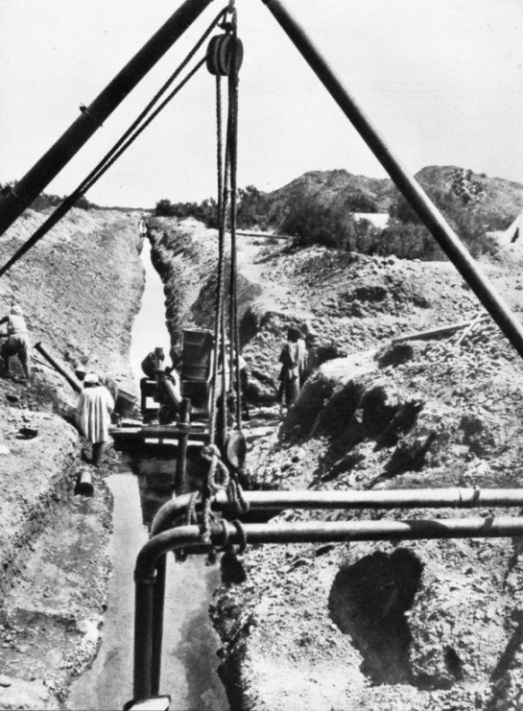 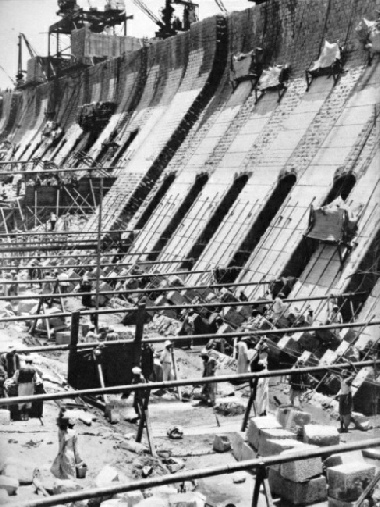 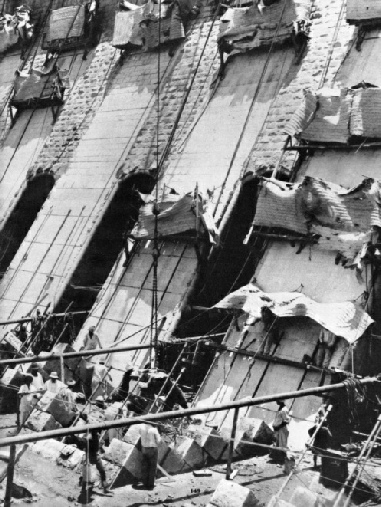 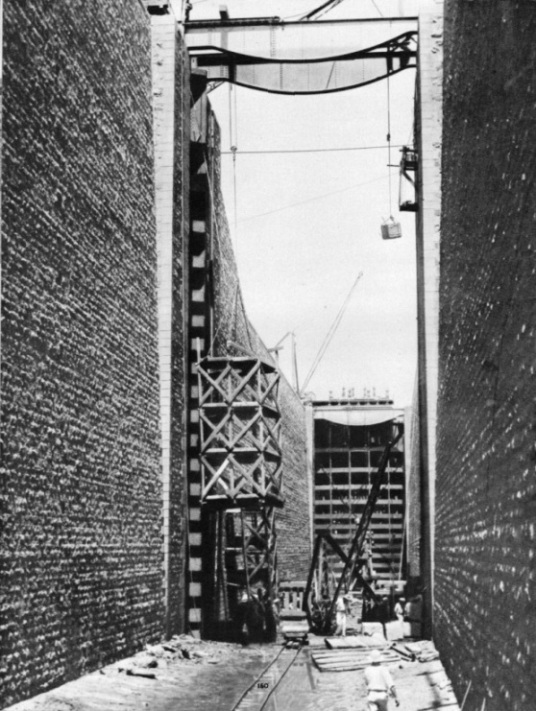